Charles Price died of disease on November 3, 1864 at Salisbury, NC after being held as a POW for just over two months. 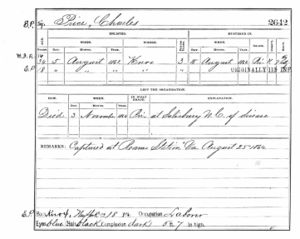