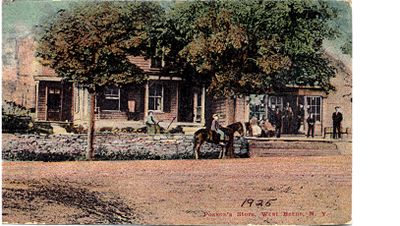 William Henry Harrison Posson moved to West Berne after the Civil War and purchased and ran a general store until his death. After his death, his son Fred Posson took over the store. The Posson home was next door. See 1936 - Albany Evening News: Rural Albany County for a newspaper report on his store.