From Berne, NY - a Helderberg Hilltown
(Redirected from Beaverdam Cemetery)

Berne and Beaverdam Cemetery
Jump to navigation Jump to search 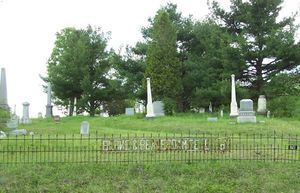 60 by 360 feet surrounded by an iron fence. There is some evidence of vandalism and some fallen stones that are no longer readable.

This was the site of the frame Beaverdam Reformed Church built in 1786 to replace the earlier log church that was constructed about 1765 on the bank of the Foxenkill on the site of the house and barns of the Church Farm. The earliest readable stone is 1784, however, the massacred family of Johannes Dietz is said to have been buried there in 1781, however, since contemporary reports were that the burial was in line with rear wall of the church, it is likely that there they were buried in a now lost cemetery near where the original log church was until 1786.

In the 19th Century this cemetery was often referred to as Pine Grove Cemetery, the same name by which the old Lutheran Church cemetery is now known.

The Berne Historical Project site has a partial listing of stones based mainly on the 1936 transcription done by Lt. Col. and Mrs Hannay.

The New York Gravestones site also has posted photos of stones from this cemetery.

We need access to the cemetery records and someone to photograph them and then transcribe and post them.

In upper left it says (perhaps referring to that location):

Old graves Common Plot in 1700s free to all rich and poor. 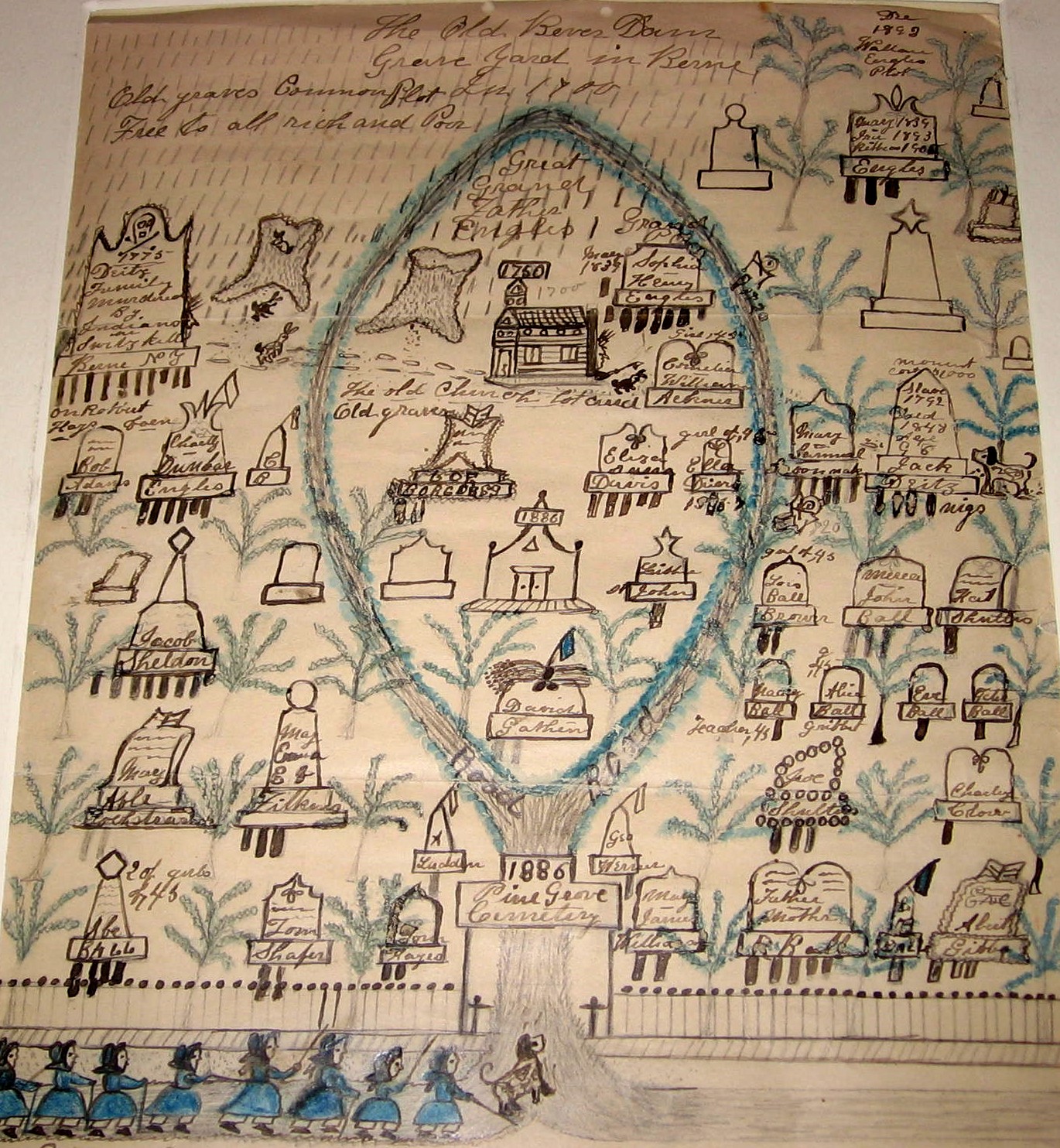 This drawing is believed to have been made in the 1890's by Cynthia Ann Engle, wife of Amber Velia Ball. It was found in The Jacob Ball House when it was found in the wall of the house when it was torn down in 1960 to build the catholic church. The original is now at the Berne Historical Society.

Found at the same time was a drawing of the home of the former slave Deitz, Jacob (Jack). It was also drawn by Mrs. A. V. Ball. [[HHMiller]